The marrying of electronics, mechanics and bionics, or biomechatronics, can conjure up images of Iron Man, flying around, wielding superhuman strength. But behind the science fiction is science fact — scientists and engineers are developing systems to enable amputees and paraplegics to walk again. And that is only the beginning.

The first practical incarnation of the exoskeleton is in applications which augment the performance of otherwise able humans, for example, in an industrial setting. Lockheed Martin introduced FORTIS, an unpowered exoskeleton, in 2014. The primary purpose of FORTIS is to carry the load of heavy industrial tools as well as minimize the impact on an operator’s body. For example, this industrial exoskeleton makes using a 30lb grinder less fatiguing as the operator only needs to control the tool. Studies have shown that this type of simple exoskeleton can improve productivity by an order of magnitude. 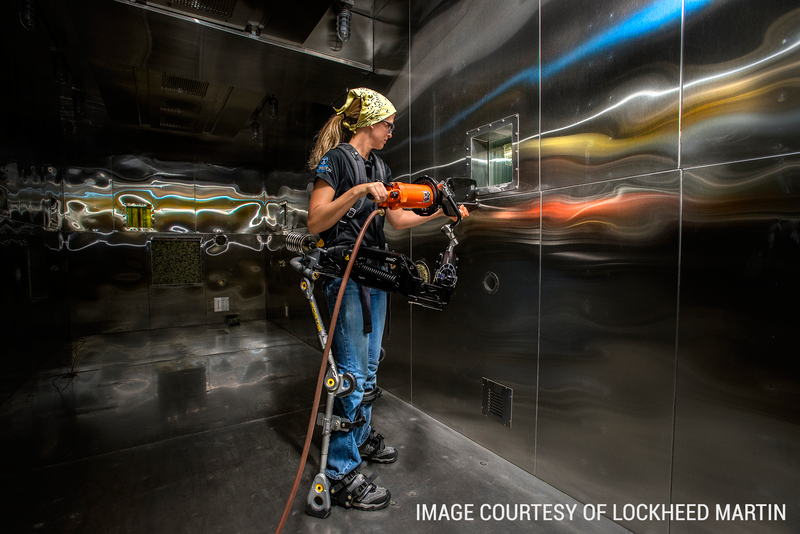 The second type of exoskeleton in this class is powered. The human universal load carrier or HULC (an obvious comic book reference) is a hydraulically powered (and untethered) exoskeleton that allows the wearer to carry loads of up to 200lbs while reducing the metabolic load. This exoskeleton, developed by Ekso Bionics and now licensed to Lockheed Martin, has direct military applications. The goal of HULC is to allow soldiers to carry heavy loads over rough terrain while reducing injury and increasing endurance, keeping soldiers in the field longer, especially when operating at higher altitudes.

While 3D modeling plays a role in the design of these types of exoskeletons, it is only in the initial design phase. No customization of fitting is required as they are designed to be one-size-fits-most.

The users of exoskeleton systems are still fully mobile and able. These systems simply serve to augment their capabilities. Solving the problem for the disabled is far more complex. And the need for custom fitting increases the role of 3D modeling.

Interesting developments are occurring in the area of powered prosthetics. A pioneer in this area is Hugh Herr, who heads the Biomechatronics research group at MIT. Under his direction, his team has developed revolutionary lower-limb prosthetics that sense the muscle movements of the wearer that then control a powered foot and ankle assembly. The result is a natural and effortless movement of the wearer. But it is not just about achieving the cosmetics of a natural gate, but allowing the users to return to full mobility. To see a demonstration of these limbs in action, including an incredible dance performance by a dancer who lost a leg in the Boston Bombing, see Mr. Heer's Tedd talk.

Key to these prosthetics is custom fitting. The fit is important not only from a comfort aspect, but the lower-limb must be modeled to understand the internal structure plus the strength of individual tissues and muscles. These muscles are then used to control the limb. So while the basic limb is a standard construction, the attachment and sensor structure must be modeled and manufactured for each potential candidate.

Part of the genius of these limbs is that they take advantage of the human brain to do the processing of maintaining balance and movement. The embedded control is simple by comparison. But what happens when the user is paralyzed?

As impressive as the next-gen prosthetics are, they are just the beginning of what is possible. Helping those individuals who no longer have muscle control to walk is the real challenge. Enter the Walk Again Project, which has developed a fully robotic exoskeleton.

But the robotics are only part of the equation. With no muscle movement to sense, the control must be done by thought. The operator wears an electroencephalographic (EEG) headset, molded and custom designed to fit the wearer. Now the operator only has to think to make the suit move. The first demonstration of this technology took place in front of a world-wide audience when a 29-year-old paraplegic kicked off the first ball in the 2014 World Cup in Brazil.

Increasing complexity of these solutions forces more customization, meaning increased reliance on 3D modeling. And mass-customization is only possible with the combination of 3D modeling and printing.

While an Ironman suit that enables its wearer to fly may never happen, a biomechanical exoskeleton that allows para- and even quadriplegics to function no differently than their non-disabled counterparts is not far off. And the tight coupling of the man-machine interface is only possible due to 3D modeling. 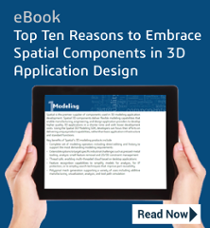