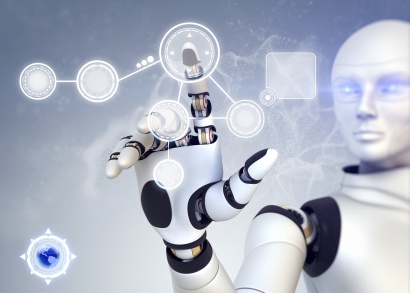 It always struck me that 20,000 Leagues Under the Sea (ok, Vingt mille lieues sous les mers) described some aspects of *real* submarines and their usage before the invention of what we consider modern submarines. If Wikipedia (http://en.wikipedia.org/wiki/Submarine) is to be believed, there were experiments with submarines as early as 1620 but wide scale usage of submarines was in World War I, well after the book's publication in 1870. Moreover, details of modern submarines and their usage were suggested in the book: they were not powered by people, were actually capable of traveling long distances, and could be used for sinking ships.

Perhaps a more trivial example: I could swear I remember seeing things recognizable as iPads (ok, tablet computers), in either Star Trek, The Jetsons or maybe some other Sci-Fi shows: Buck Rogers, Blake's 7, . . .  It seems like controls on space ships are never keyboards, but more touch sensitive, or voice/mind controlled. The Sci-Fi people guessed wrong about the tape drives all over the place too. (Do you remember this too? My memory is a bit fuzzy on the specifics).

The point is that sometimes people imagine what will be useful in the future before it actually happens. Knowing which flights of fancy are not overly fantastic can be commercially valuable. It is also possible to under estimate progress too. I think a lot of people underestimated Moore's law for a long time. Balancing what can be done with what is technically impressive is an odd sort of art, requiring both restraint and boldness.

Some caution is in order. In The World Set Free, H. G. Wells hinted at usage of radioactivity to create nuclear weapons. In The War in the Air, he described action reminiscent of dog fighting which actually occurred in WWI.

A lot of our customers write the software that will be used to design things of the future. So with some indirection, understanding what fantastic things are ahead could be helpful for us in our planning.

Do you have any more examples where fiction predicted the future correctly?

More lucratively, do you have any predictions, and rationale/vision supporting them?