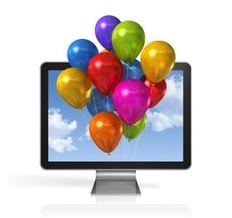 Are you old enough to remember 1986? If you are reading this blog it has more significance in your life than you realize! In late 1986 three aspiring entrepreneurs flew back to Boulder, CO from New York after pitching their new idea for a 3D software company to an investor.  Once back in Boulder they settled into their routine of coding all day in their ‘office’ above Murphy’s Pub and later heading downstairs for some brews while convincing each other of future success.

The second part of this is routine would soon change!  An investor called and wanted to fund their company which they named Spatial Technology, laying the foundation for the first commercial 3D geometric modeling kernel – ACIS.

In 2011 Spatial celebrated 25 years in business which is a great achievement for a venture-backed software company.  In 2000 Spatial got a new owner (Dassault Systèmes) but many aspects of the startup culture remain at Spatial like cheap soda, bagel Friday and free old-school Pac-man machine (the R&D guys always seem to have the high score). Unfortunately there isn’t a pub downstairs!

For the record I was still at ‘college’ in the UK in 1986 so I have a good excuse for having a vague memory. I think Talking Heads, Space Hoppers and Top Gun were all the rage!

I met one of those 1986 aspiring entrepreneurs recently who told me of Spatial’s UK influence. Three early employees played a key role in Spatial’s ACIS product - a cornerstone to Spatial’s longevity. They were called Alan, Charles and Ian (the ACI in ACIS) who joined Spatial from a UK solid modeling development partner called Three Space, Ltd. They were instrumental in getting Spatial on the right path to success.

I would ask that you join me and raise a virtual glass to say Happy 25th Birthday Spatial!