To Do: Build a PC with NO Moving Parts (Part II)

In my previous post last week I detailed how I built a PC with no moving parts. This post has pictures of the PC as well as my final thoughts. 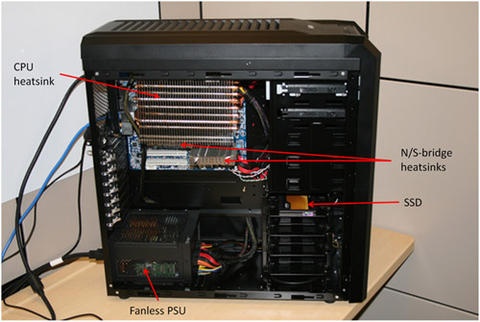 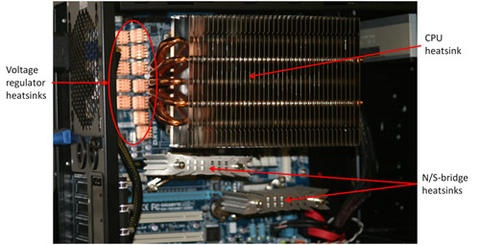 In final form, crunching away: 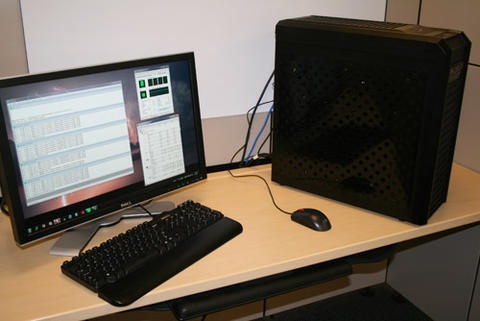 Runtime Performance, By the Numbers

Here’s a screen capture of a Prime95 stress run around 14+ hours, rock solid:

I’d call that a darn near success. As time goes on, building a no-moving parts PC will get easier and easier. Even now you can buy 35 W TDP desktop chips , and if you’re really creative you can use laptop chips (15-35W) in your desktop build. That’s the moral of the story: choose low power components and a good cooling design and you should be okay.

Here’s the rub, though: I could add a nearly inaudible 140mm 700 RPM fan to my case and bring down my CPU/chipset temperatures a LOT. This would be good for the longevity of the system – and still be very, very quiet. In fact, given the ambient noise levels of your house, I bet you couldn’t tell the difference between dead-silent and very, very quiet – I can’t.

But for me, it was a matter of principle. I didn’t want a very quiet computer, I wanted a silent one. Going forward, I’m gonna keep an eye out for an even lower wattage CPU, maybe the AMD Fusion, or maybe the AMD Llano series, or what if the AMD releases a low wattage Bulldozer…