How Healthy is Your B-rep? 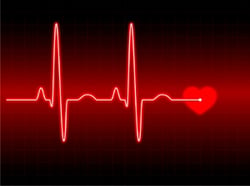 We’ve known for a long time that the integrity of B-rep data plays a major role in the success of downstream modeling operations; but it has always been a difficult task communicating this back to our users in a meaningful manner. For ACIS we have had an external geometry and topology checker since the beginning of the product; it serves the function of defining illegal state(s) of the model.  It has, and still does, serve its purpose. But I knew something was amiss when I kept seeing in-house debugging tools written by developers that reported back B-rep pathologies that were never a part of our external checker. The ACIS developer would see a pathology using these tools and, more often than not, deal with the situation by placing a “fix” in the algorithm to detect the pathology and correct the situation by some form of data manipulation (e.g., re-computing secondary geometry) or expanding the algorithm to handle more numerical inaccuracies / bad data. Although this is one way of doing business (and it shields the application developers from the immediate problem), you trend towards a slower modeler on good data, and bloated B-rep data size on bad data. What’s worse, the application developer never understands why.

So it’s been a long standing issue with ACIS and other modelers I imagine: how do you assess data that is legal, but simply, bad? After observing ACIS developers using their in-house tools the notion of B-rep health (and a future operator) started to crystallize, largely based on the following:

Principle #1: There is a notion of legal, but unhealthy B-rep data. In B-rep modeling, we all would like to live in a black and white world. Tell me, is the data bad or is it not? Well, things are not that simple. For example; it’s not uncommon that we receive models that have edges in them that are slightly greater than the modeling tolerance (sliver edges). They almost always don’t reflect design intent and cause significant difficulties in downstream operations, especially during Boolean operations when the tolerance of the blank (second model in the Boolean operation) might be larger than the length of the sliver edge in the tool (the first model in the Boolean operation). But in the pure definition of the B-rep they are not illegal. They can have a purpose and sometimes do reflect design intent. So we say they are legal, but largely bad (or unhealthy).

The surface will pass any industry standard checker; by all mathematical requirements, it’s legal in the state that it’s in. Booleans should be fine, as well as other operations such as Body Point distance, etc. So, for a lot of application domains the model will work. But extending this surface, you get this:

It quickly self-intersects. Any operation that requires an extension will fail (depending on the extension distance required). In all my discussions with the development team, we describe this surface (before extension) as being legal, but unhealthy. (Principle #1 again as well.)

Principle #3: B-rep health is measured as a continuous spectrum.  We just discussed two cases that are legal, but unhealthy. It’s also the case that many forms of pathologies in B-rep data are very localized. In the case of a high curvature on a surface or bad parameterization, it might not affect the next 100 modeling operations that one performs because you never hit it precisely. If 1 of only 1000 surfaces in your model has high curvature, how unhealthy, really, is your data? Additionally, as I stated earlier, ACIS has a great deal of code to deal with bad data, so your modeling operation might work, albeit less efficiently. So it’s not a discrete value we can state; again, it’s not all good or all bad. For us, it's best expressed using a continuous spectrum. I have been using the analogy I see every year when I use TurboTax® to do my taxes. When completing your taxes they give you an indicator of your chances of being audited. They do not say your tax return is wrong or illegal, or that you will get audited; just the chance that you might.

Principle #4: Make sure the basics are right or forget about it. We recently had model data from a customer that had all analytic geometries represented in the form of B-splines. That is, what should have been an analytic sphere was represented as a (poorly crafted) B-spline. Although not illegal, this has obvious, serious, implications; it’s much heavier on model size for just the representation of the surface itself, not to mention you now have to have p-curves etc. All downstream atomic modeling operations like point-perp and intersections go through general algorithms and don’t benefit from special casing; surface extensions are not natural, etc. But none of this, really, is the main point. To assess the B-rep health of this model was akin to checking the cholesterol level of a patient suffering total organ failure. The model, in this case, was a product of a third-party translator. The lesson here: pick your InterOp solution wisely! The basics have to be right; or the measurement of health is all nonsense. And by using the term basics, I do not mean to imply they are self-evident or easy. We have done a great deal of work on the ACIS translators to make sure the fundamentals are maintained. (Like a math book with the word “elementary” in the title; never, ever, associate that with, “oh, this will be an easy read”. Fundamentals / basics can be very difficult.)

So, as you might assume, (or if you have attended our 3D Insiders’ Summits) a B-rep health operator is coming out in ACIS R23. I hope this gives you an idea of the thought process behind the work. It should also foreshadow potential behaviors, such as context setting and how data might be returned. Additionally, this effort will take on many forms, from the operator itself, to the continual advancement of the healing operators in our InterOp translation suite, and eventually, other various forms of correction. For now, you can play with an early version of the operator in Spatial Labs.

These Stories on 3D ACIS