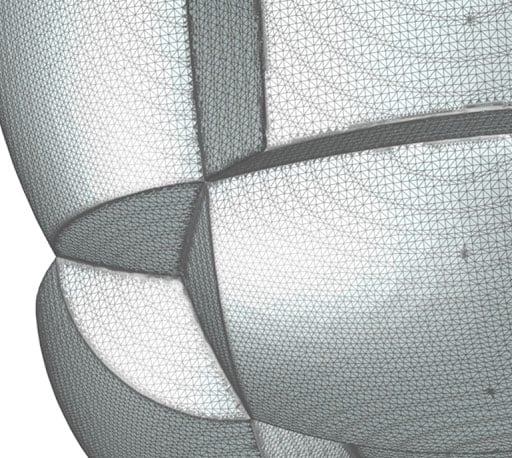 The increased use of mobile devices in engineering processes has the interesting side effect of
requiring engineering applications to share data with other systems.

This interoperability may simply be for visualization, but as usage grows more sophisticated, a much richer data set is required.

The process of good 3D data translation is more complex than simply converting from one
format’s syntax to another’s. Like translating a sentence from one language to another, it is not enough that the syntax is correct; the semantics behind the data must be right as well.

In 3D modeling, understanding the semantics or the rules of the target system is of paramount importance if that model is to be useful for more than just display. High-quality geometry output is essential to preserve the data’s robustness and quality for use in modeling operations.

Without this, 3D models for components may have gaps between the edges, or other irregularities due to differences in how modeling programs define edges, faces, and shapes.

These irregularities can lead to an unusable model from which specifications for final products cannot be produced.

High quality can be assured through the convergence of numerical algorithms, for example by using the Newton-Raphson method, which finds successively better approximations to the roots (or zeroes) of a real-valued function.

3D InterOp provides access to a powerful set of functions and routines that can handle these tough modeling problems of stitching, geometry simplification, and gap tightening.

The Demands on Translation

Typically, 3D modelers are based on boundary representations.

This is where the model is described by the boundary between its inside and outside. This boundary has both a topological definition (such as faces and edges) and a geometric definition (the shapes underlying the topology).

While major modelers share this trait, their differences become apparent when looking at the details of these data structures. For example, do the surfaces have to intersect at the edges or can they have gaps, and if so, how large can that gap be? How close do two points have to be for the modeler to consider them coincident?

What geometric continuity is required for a surface to be valid? For example, some modelers demand that surfaces intersect at edges, while others allow for gaps, and among those which allow for gaps, the sizes of those gaps can vary.

Different modelers have different tolerances for how close two points must be before considering them coincident, so data in one modeler that results in a continuous surface can result in a form filled with gaps and irregularities in another modeler.

Geometric continuity determines whether a surface is considered valid by the modeler, but because of the differing standards, models which are valid in one modeler may not be valid in all modelers. This fact is why it is crucial that these kinds of rules are fully understood by the translator if the output model is to be of any use.

Even standards-based formats, which provide a very detailed description of the data, do not
comprehend the rules of the target modeling system. The translator still has to do work to
ensure that the model is valid.

The process of modifying the data so that it conforms to the rules of the target system is called
healing.