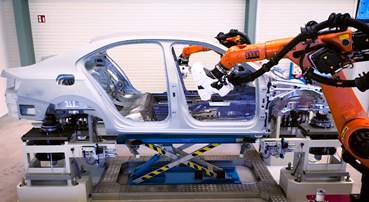 Why Should Robot Manufacturers Build Their Own Software?

The robotics industry is growing at an incredible pace, and the future applications for robots continue to be mind-boggling. Manufacturers of robots now have an opportunity in front of them: building their own software and capturing their corner of the market. However, there are many nuances to this and different paths that can be taken.

Find out how robot manufacturers can build their own software while having their full workflow supported during the process, thus removing the typical major roadblocks.

Before we go into how a robot manufacturer can implement off-line programming, it’s worth discussing the robotics industry itself and why it’s the right time to take a new approach.

Why Should Robot Manufacturers Build Their Own Software?

There has never been a better time to enter the robotics space. The saying “strike while the iron’s hot” could be stated aptly in this case. The global industrial robotics market is expected to reach between 130 – 180 billion USD by 2026 in terms of robot systems (including robot machines, software, peripherals, and system engineering). This is approximately 1.51 million units by 2026. (McKinsey research)

The market for industrial robots is large and growing:

Additionally, investment expectations are high from users, with 88% of respondents to McKinsey’s 2018 Global Robotics Survey anticipating an increase in investment.

The Promising Future of Robotics

The future of robotics is nearly here, as research and development are happening now in different facets of the industry. Following are several examples of robotics that could change the way manufacturing evolves and how humans interact with robots in the future.

The term for partnering robots has been coined ‘cobots’, meaning collaborative robots. These types of robots are designed to collaborate with humans intelligently and safely as well as enhance human abilities. Cobots are quickly becoming a key part of the robotics industry.

Robots that operate independently from humans often reside within a cage or behind a safety barrier, as it’s not safe for humans to work alongside them. Sometimes, independent robots are programmed to stop operating when a human enters the space, and this causes delays in production. Cobots are a way to keep production running continuously.

Cobots are most applicable in situations where a human needs to be in close proximity to the robot. An example of this is when a human monitors the process and guides the robot.

An area that is still being studied is swarm robotics. According to a journal research paper published in 2021 on Hal Open Science entitled Swarm Robotics: Past, Present, and Future [Point of View]:

“Swarm robotics takes inspiration from natural self-organizing systems such as social insects, fish schools, or bird flocks, deriving rules to build robotic systems that are more robust, fault-tolerant, and flexible than single robots. Over the last two decades, swarm robotics has made significant progress, providing concrete demonstrations on how robot swarms could address complex problems, and also contributing to a better understanding of how complex behaviors emerge in nature.”

The authors of the paper make it clear that further research on swarm robotics is needed before it can be employed in real-world applications.

Another area that is up and coming is the field of nanorobotics. According to a 2021 research paper on the IP International Journal of Periodontology and Implantology entitled Nanorobotics: The Future of Health and Dental Care:

“Nanorobotics is a field where microscopic robots will be created to perform medical and dental procedures. Gaining access to robotics at nano level in the dental world, the aim will be to treat dental conditions rapidly and more efficiently, by causing minimum pain. Nanorobots to be made up of “smart” structure which will have the ability of inciting, sensing, signaling, processing information and perform the required treatment at nano scale.”

The robotics industry is full of promise and exciting innovations. So why do some companies hesitate to dip their toe into building their own software?

Challenges Faced in the Robotics Industry

While the outlook for adoption and growth is positive, roadblocks still remain for companies considering getting into robotics. The top challenges include the cost, the fact that it’s hard to connect multiple systems, and the lack of integrators and general expertise. 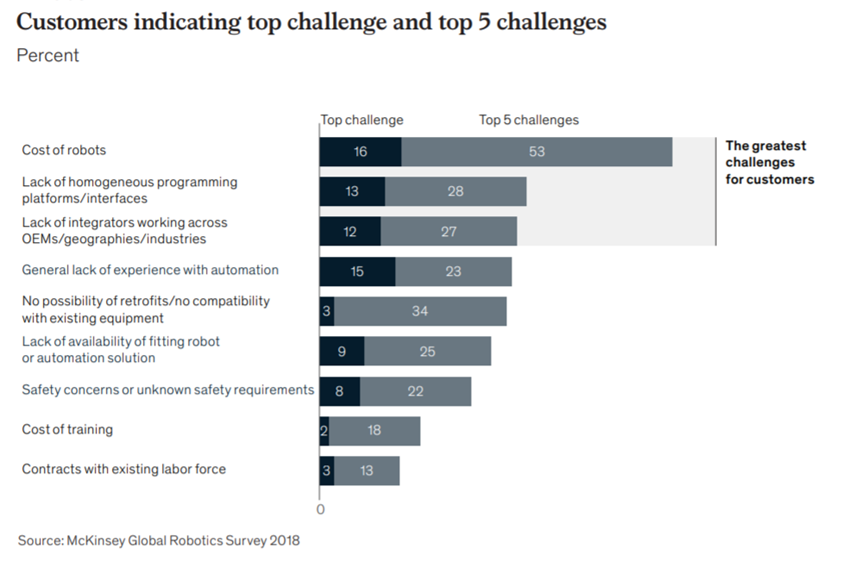 Software manufacturers help make the entrance into robotics more palatable for potential customers by adding programming software to the robot. This will:

A note of caution: Don’t make the same mistake as machine tool builders did with CAD/CAM software. Machine tool builders decided not to build their own custom software (for CAM programming, tool path generation, and toolpath simulation) to go with their machine tools. As a result, innovation in this sector was delayed. They also missed out on additional revenue, which CAD/CAM software providers later captured.

Application developers have three choices when it comes to developing their products. They can build their own application, partner with an OEM or end end-user software provider, or leverage Spatial Software Development Kits and services.

When a company builds its own solution, it will typically run into high development costs, a longer time-to-market, and lower profit margins.

When partnering with an OEM or end-user software provider, lower profit margins will still be an issue, as will lack of IP protection, flexibility, and differentiation.

By working with Spatial and their expert Software Development Kits, those challenges are removed by supporting the full workflow. 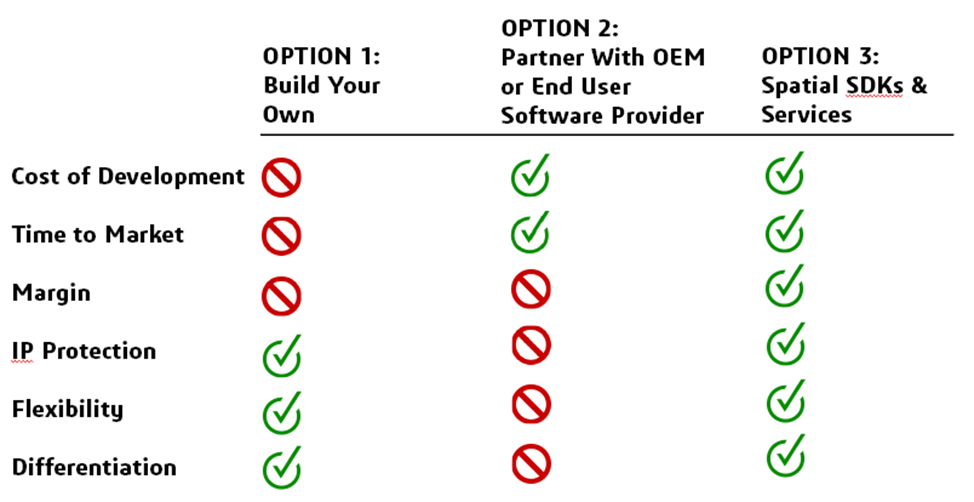 Spatial works with you through every step and starts by aiding with your CAD import or design and then moves to geometry preparation.

3D components from Spatial allow for the import of any major CAD format with PMI and visualization data, automatic teaching points generation, feature recognition, poly segmentation (hard edge detection in meshes), and geometry modeling operations. If reverse kinematics and toolpath calculations are needed, this can be provided by a third-party component provider such as ModuleWorks. Then, the simulation is ready to run, and the customer will initiate the robot movement.

Getting Creative While Leveraging the Popularity of Robotics

The future of robotics is exciting in that the possibilities can extend beyond our current assumptions of applications. However, the real challenges that come with building robotics software can seem too great for many robot manufacturers to tackle. Issues like the cost of development and the longer time to market can be deal breakers for many companies.

This is where businesses can get creative.

With the opportunity available to have the full workflow behind building robotics software supported by a solutions partner, companies can move forward effectively and avoid typical roadblocks. This gives robot manufacturers a leg-up in several areas, not the least of which is hitting the market as soon as possible, which is paramount in the fast-growing robotics industry.

Ready to Discuss How Software Development Kits Will Help Bring Robotics Software to Fruition? Request a Free Evaluation with Spatial

The Importance of Interoperability in 3D Software Applications

How to Fully Leverage CAD in the Additive Manufacturing Process