An incremental Boolean workflow is available to Spatial customers to increase the success rate of Boolean operations by performing localized optimization routines when a standard Boolean operation fails.

One of the primary reasons that Boolean operations fail is unclear design intent in the way the tool and blank (the input bodies) are combined. The incremental Boolean workflow aims to address such failures. These errors are possibly the result of earlier operations, or small errors when translating modeling data, for example:

The figure below shows tolerant vertexes (as indicated by the sphere), enveloping a short edge. Such scenarios are not resolvable in many cases. 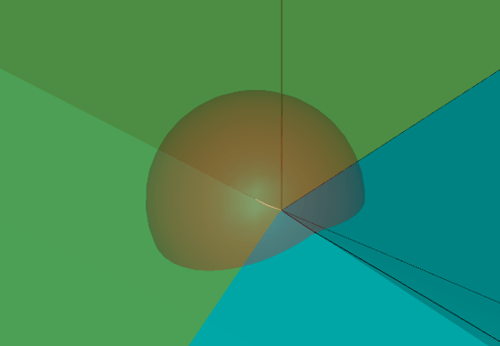 The tool (yellow) and blank (cyan) shown in the figure below have almost coincident faces. Often, in such scenarios, the Boolean API cannot determine whether the two faces are actually coincident (no intersection to be computed) or not (an intersection must be computed). 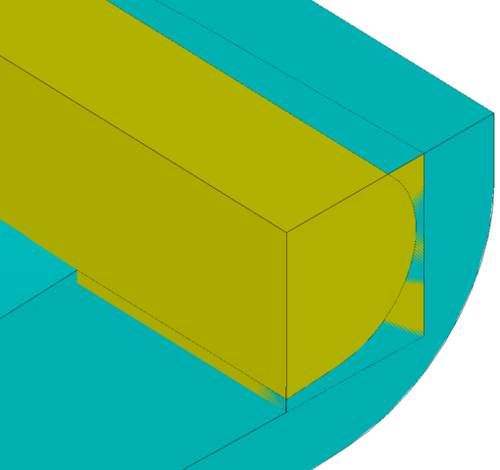 Generally speaking, Boolean operations do not make assumptions regarding the model by definition —they are precise operations that make no attempt to infer design intent in an imported model.

The incremental Boolean workflow is independent of the type and optional behavior (regularized, selective, etc.) of the attempted Boolean operation. Regardless of whether a user chooses to subtract, unite, imprint, etc., two bodies, the same workflow can be used.

This new workflow is also flexible, allowing users to add additional routines to the flow, or even set additional stopping criteria.

It’s all about Robustness and Efficiency

Booleans are probably the most common operation within 3D modeling — part and parcel with constructing complex parts. In the past, users were forced to perform manual cleanup when Boolean operations failed. Now with the incremental Boolean workflow, users have access to a more robust and automated Boolean workflow.