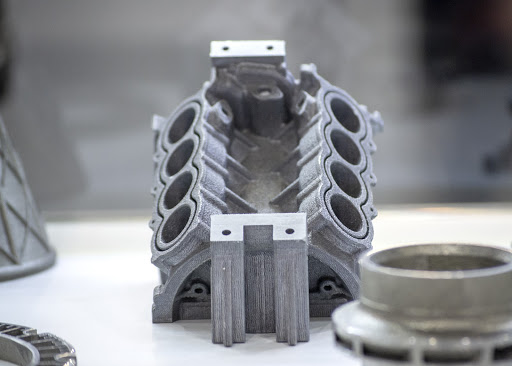 There’s a lot of confusion around what the terms additive manufacturing and 3D printing mean.

And that’s hardly surprising. After all, both terms relate to very similar processes.

Both additive manufacturing and 3D printing describe a process of creating objects by gradually building up thin layers of material.

In this article, we’ll explain exactly what additive manufacturing and 3D printing are, how they relate to each other, and what they are used for. 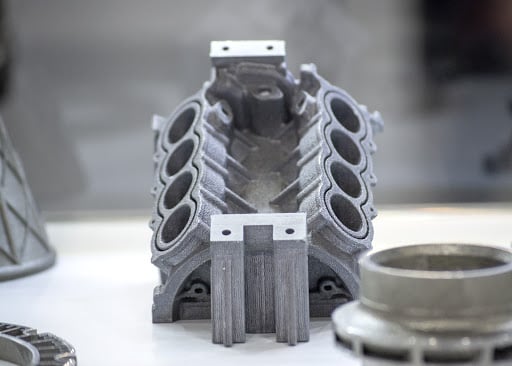 What is Additive Manufacturing Used for in 3D Printing?

In traditional manufacturing, parts are often machined from larger blocks of material. In other words, material is subtracted from the starting block in order to form the part. Naturally, this causes a lot of waste. If you’ve ever seen a video of a machinist turning a solid block of metal or wood into a finished part, you were probably struck by the sheer amount of wasted material.

According to the American Society for Testing and Materials (ASTM), there are seven categories of additive manufacturing:

Since this article is focused specifically on 3D printing for additive manufacturing, we’ll take a closer look at this one. 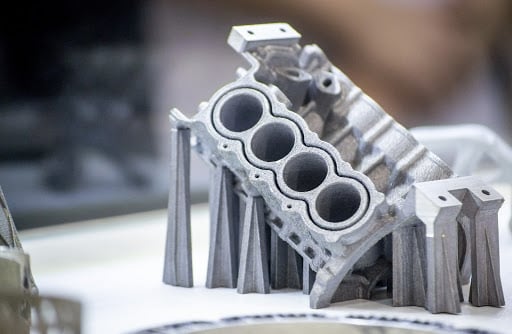 What is the Additive Manufacturing (3D Printing) Process?

The term 3D printing comes from the visual similarity of binder jetting to 2D printing. Inside a standard inkjet printer, a print head travels horizontally along X and Y axes to deposit drops of ink onto a piece of paper.

Similarly, to build an object using 3D printing, the print head moves horizontally along the X and Y axes of the machine and deposits alternating layers of the build material and the binding material. After each layer is completed, the build platform that holds the object is fractionally lowered to allow the next layer to be printed.

Depending on the size of the object being printed, it may require hundreds, thousands, or even tens of thousands of these layers to complete. To give you an idea of what the process looks like, take a look at this timelapse video of a 3D printed Eiffel tower model.

In the past, engineers used CAD software combined with rigorous simulation modeling techniques to design objects that would be robust and effective in the real world. But there was a problem. Traditional manufacturing techniques like CNC machining and injection molding come with certain limitations, which make producing those otherwise ‘perfect’ objects impossible.

This is where the harmonious relationship between CAD and 3D printing comes in. One of the most important advantages of 3D printing is that it allows digital designs to be produced in the real world without the constraints of traditional manufacturing techniques.

CAD and 3D printing allow manufacturing to be driven by design, while historically, the design process had to be driven by what was possible using conventional manufacturing techniques. This gives engineers far more design freedom than ever before and has facilitated huge breakthroughs in a number of industries.

Learn About The Difference Between Additive Manufacturing and 3D Printing

Of course, design freedom isn’t the only advantage that 3D printing has over traditional manufacturing techniques. Some of the other top advantages include:

We’ve already noted that 3D printing makes it possible to build objects that can’t be built using traditional techniques. However, it’s also worth noting that because they are built layer-by-layer, highly complex parts can be built in a single piece. At the same time, because of the range of materials available, even complex 3D printed parts can be both low in weight and high in tensile strength.

One of the great advantages of 3D printing is that it doesn’t require any molds or special assembly rigs. As a result, small batches of one-off objects can be produced easily and at a much lower cost.

Quite simply, no other technique enables manufacturers to design and build objects as quickly as 3D printing. This is particularly valuable when it comes to building and testing prototypes. It’s for this reason that 3D printing has become synonymous with one of its most common applications: rapid prototyping.

Rapid prototyping is, quite simply, the fast production of a physical object, part, or model.

As the name implies, rapid prototyping is mainly used to build a series of prototypes, which can be quickly tested and discarded until the best design is found. This iterative approach to design and manufacturing has always been popular and has only become more effective with the evolution of additive manufacturing processes.

What is 3D Printing Used For?

At this point, aside from manufacturing, most of the hype and media attention for 3D printing has surrounded its consumer applications. It’s undeniably ‘neat’ that anyone with a laptop and under a thousand dollars can design and build almost any object they can imagine.

Aviation and aerospace — 3D printing has obvious benefits for the aviation industry. Most notably, it enables aviation firms to build prototypes fast and at low-cost while using strong, lightweight materials. Right now, 3D printing is being used to manufacture everything from internal trim items like seat-back tables and headrests to engine components and armaments.

With the development of increasingly large 3D printers, we can expect to see even more components being built using 3D printing in the near future — maybe even an entire aircraft engine.

Healthcare — In the past, the availability of implants and prosthetics has been a substantial and costly hurdle to patient care. However, for several years now, 3D printing has been used in the development of a wide variety of surgical cutting guides, prosthetics, and even patient-specific implants.

As materials have evolved, the industry has been able to use 3D printing to build increasingly light, strong, and safe products while reducing turnaround times and cost.

However, as materials have evolved, 3D printing has taken a larger role in the industry. Now, the technique is routinely used to produce a variety of molds, thermoforming tools, grips, jigs, and fixtures that are needed during manufacturing. In other words, 3D printing is being used to augment other manufacturing techniques.

But that’s not all. 3D printing is also invaluable for producing custom parts like body shells and internal components that are used to tailor specific vehicles.

Architecture — The architectural industry relies on scale models to show clients and investors what a project will look like once it has been built. These models have historically been built by hand, and often required hundreds of man-hours to complete. Naturally, 3D printing has changed everything.

Since architectural projects are already designed using computer software, they are natural candidates for 3D printing. Now, once a CAD file has been completed, it can be sent straight to print, saving a huge amount of time and guaranteeing an accurate model replica.

What’s Next for 3D Printing and Additive Manufacturing?

So far, widespread commercial adoption has been limited to industries that are already renowned for being on the cutting edge of technology — manufacturing, aviation, automotive, and healthcare, in particular.

However, with hardware and materials improving all the time, there’s no doubt that 3D printing will continue to grow in the coming years.

From 3D printed houses to cars it won’t be long until almost everything we use on a daily basis can be built using this seemingly space-age technique.